This review article discusses recent research about two major religious and linguistic minorities among the Kurds of Turkey and their efforts to define distinct identities. The books reviewed include:

Eberhard Werner, Rivers and Mountains: A Historical, Applied Anthropological and Linguistical Study of the Zaza People of Turkey Including an Introduction to Applied Cultural Anthropology, Nürnberg: VTR Publications, 2017, 549 pp., (ISBN 978-3-95776-065-4).

Martin van Bruinessen is Professor of the Comparative Study of Contemporary Muslim Societies. He was trained as a theoretical physicist but later switched to anthropology and conducted many years of field research in Kurdistan, Afghanistan and Indonesia. His published work is informed by a strong interest in history and politics. He carried out his first fieldwork among the Kurds of Iran, Iraq, Turkey and Syria in the mid-1970s and has frequently revisited that region. Between 1982 and 1994 he spent altogether nine years in Indonesia, in research and teaching. Returning to the Netherlands, he joined Utrecht University’s Faculty of Arts in 1994 as Assistant Professor of Turkish and Kurdish Studies, and became a full professor in 1998, with a shift of emphasis to Islamic Studies. He was involved in the establishment of the International Institute for the Study of Islam in the Modern World (ISIM) and occupied the ISIM chair at Utrecht University (1999-2008). He is a member of the scientific committees of the Zentrum Moderner Orient in Berlin and the Institut d’Études de l’Islam et des Sociétés du Monde Musulman (IISMM-EHESS, Paris).

Most read articles by the same author(s) 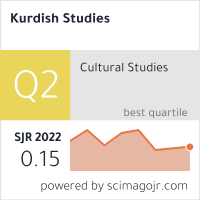